GTS Council is all set to meet on Friday to take up issues by several sectors related to reduction in the taxation. Different sector has demanded that the GST rate should be brought down.

The GST Council fitment panel has rejected the rate cut demand for the auto sector, due to revenue loss of Rs 40,000-45,000 crore. 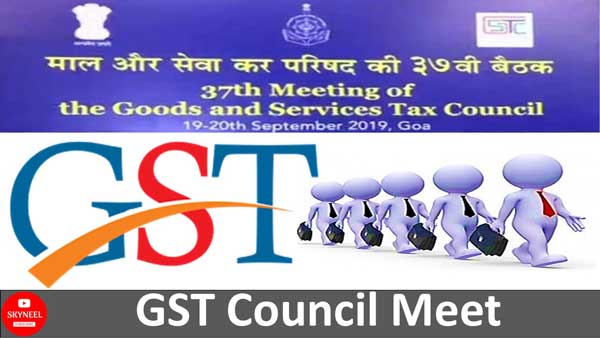 The meeting is being held amid a strong call for GST rate cuts for industries, including automobiles, biscuits and FMCG, which have been hit hard by the ongoing economic slowdown.

The automobile industry has demanded that the GST should be brought down to 18 percent from 28 percent to reverse the consumption slowdown.

However, the task may not be easy as states are not in favour of a major rate cuts, especially on items that fetch higher revenue for them. The compensation cess is an additional cess levied on some notified goods apart from the GST applicable to them and the revenue earned from it is shared among states.

Must Read: 12 Important Facts about GST – Goods and Service Tax

The fitment committee is not in favour of reduction of GST on auto sector as it believes that this will lead to severe revenue loss for the government. Though it is possible that the committee may decide to change the compensation cess in certain segments.

The fitment committee of the Goods and Services Tax (GST) Council has already rejected the proposal to cut GST rates on over 200 items. The sectos including automobiles, footwear, mineral water, etc, say reports.

Bihar Deputy Chief Minister Sushil Kumar Modi, told that none of the states would agree with the proposal of cutting GST rates in the auto sector. “The revenue implication of the move is very high. Who will bear the revenue loss of Rs 40,000-45,000 crore? Unless GST revenue stabilises, it is difficult to agree on this proposal,” he said.

Must Read: How can I identify fake GST bill and GST number ?

The fitment committee has also accepted the demand of Railways Rolling stock industry.

The move could help the Centre increase its revenue. The total gross GST revenue collected in the month of August, 2019 is Rs 98,202 crore.